Top 10 Most Followed TikTok Profiles in 2020 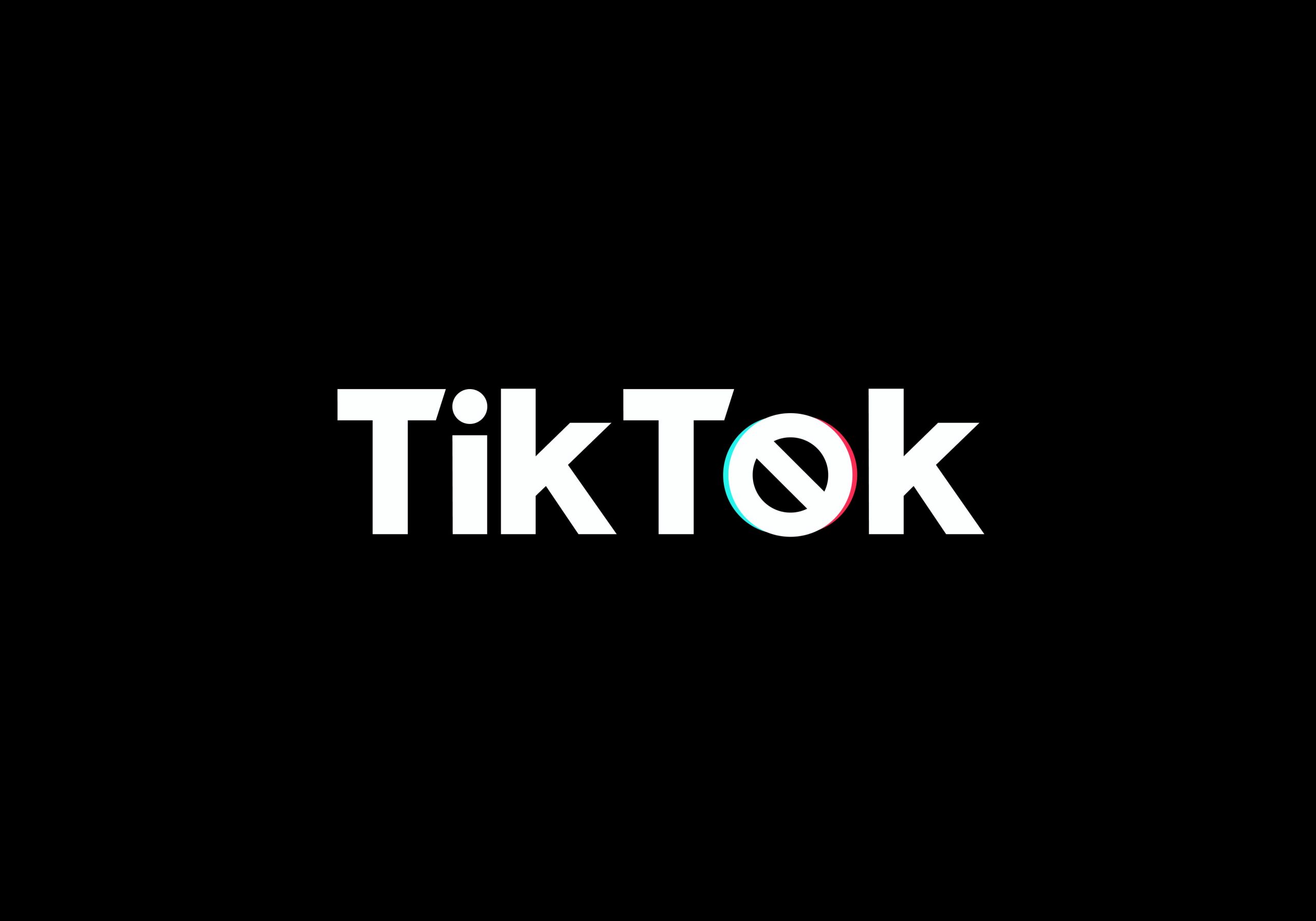 Top 10 Most Followed TikTok Profiles in 2020

Do you doubt the clueless popularity of TikTok? Cause, if you must, then you’ll be amazed to know the TikTok craze is exploding everywhere. With more than 850 million active users, TikTok is the 7th most popular social media platform on the internet. And, there is a good reason behind it.

But, let’s not go there now! TikTok’s popularity is well known by now. What is more exciting is the popularity of people posting content on TikTok- the TikTokers. Like every other social media platform, TikTok has its own stars. So, today we will be talking about the top 10 most followed TikTok profiles in 2020. If you’re excited, let’s get started!

Most Followed TikTok Profiles in 2020

Don’t underestimate kids when it comes to social media. Well, kids can leave people far behind. At least on TikTok, this 16-year-old girl has popularity like no one. With a dazzling 100.2 million followers, Charlie D’amelio is the most famous tiktoker on the internet. Her age is not an issue. She enjoys her arena with her outstanding dancing videos, which have mesmerized many on the web.

Her dance videos are unique and show her ultimate skills. The uniqueness of the videos strips the attention of the audience within the short span of the TikTok video limit. New York Times and fans have crowned her with the title of “Reigning Queen of TikTok” recently. She is the most famous TikTok star of 2020, with ever-increasing popularity.

Next on our list of the most followed TikTok profiles in 2020 is Addison Rae. She hardly needs any kind of introduction at all. This TikTok star is a 20-year-old beautiful girl with an even more beautiful smile who has dominated TikTok like anything. As of 2020, she had around 49.3 million followers on TikTok with an ever increasing number.

Addison’s dance videos have the uniqueness of her passion which attracts more audiences. The engagement of her videos crossed more than 2 billion likes in 2020 already. Apart from only being famous, Addison now holds a net worth of $2 million.

How much do you like magic? Well, most of you love it, instead. Magic has always been in a unique position in our hearts. And Zach King is the Harry Potter of TikTok.

Zach, with his outstanding magic skill, is the third most popular tiktoker on the platform. He has a total of 52.8 million followers as of 2020. On Youtube, he has more than 11 million subscribers. His unique magic skills, wrapped in short TikTok videos, have estranged his audiences like anything. Zach calls these “magic vines.” These are mainly edited videos that look like magic.

Apart from being a TikTok figure, Zach is also a famous YouTuber. He is also a former Vine Creator. Zach’s videos include his magic and his family, a collaboration that has got him to the top. Apart from only being popular, Zach is also one of the wealthiest TikTok personalities with a net worth of $3 million.

Another wonder girl on TikTok is Loren Gray. She is a 16-year-old girl from America. This American singer is a social media personality with more than 49 million followers on TikTok alone. However, she is one of the most followed TikToker and has quite many subscribers on YouTube.

Her total number of followers, including all her social sites, is around 69.2 million. It makes her one of the most sensational figures on the web.

In 2018, she signed 2ith Virgin Records. That year only, Loren released her first single, “My Story.” However, that was just the beginning. In the same year, she released her track “Kick You Out,” which brought her the popularity of her dreams.

It crossed over 1.6 million views on YouTube in only four days. Apart from being a talented musician, Loren is also an actress. With all these attributes to her name, Loren is quite a rich TikToker. Her net worth has crossed many of the famous influencers, standing at $5 million at present.

Do you like beatboxing? Well, if your answer is yes, you should be proud of this 19-year-old American boy. Spencer Knight or Spencer X has got quite a million subscribers on TikTok for his masterful beatboxing performance. So, how many subscribers does Spencer have?

Spencer stands in the top 5th with his whopping 48.9 million followers. It makes him the 5th most followed profile on TikTok in 2020. He is also known as the “mouth music man” among his followers.

Spencer’s popularity also shows that TikTok is a platform of talent. No matter what you do or how you do it. You have to be creative in your approach and hit the correct string with your audience.

Spencer X, apart from enjoying this much popularity, is also one of the richest TikTokers. He has a net worth of $6 million. This talented 19-year-old guy has brought the best out of the platform based on his abilities and performance.

Siblings can break some real barriers with their joint effort. Well, sometimes they can also be established individually, yet be together at times. Yes, here I’m talking about Dixie Jane D’Amelio. She’s well known as Dixie- her stage name. So, who’s Dixie? Apart from being the sister of the most followed TikTok profile, Charlie D’Amelio, Dixie is an American singer. Her videos on TikTok have gained her a lot of popularity.

With her soulful voice, Dixie has been able to bag more than 44.8 million subscribers. She also runs a podcast along with her sister, Charlie. Both these talents had also signed deals with famous clothing company Hollister.

Dixie’s first music video, “Be Happy,” was where her journey started. It received more than 58 million streams at its launch. The way she is dedicated and committed to her passion is what makes her unique. And it also makes Dixie one of the highest-paid Tiktokers with a net worth of $4 million.

India has a vast audience base for TikTok. And the country has introduced many talented TikTokers on the platform. However, while you can find many names from here, Riyaz Aly is an exceptional TikToker. He is just one such name from the country of wonder.

Riyaz is an actor, model, and fashion blogger from India. He started his career in 2017 and has been able to bag more than 43.6 million subscribers to date. He is only a 16-year-old boy. But with his outstanding video skills, he has got to the top of this list of most followed TikTok profiles in 2020.

The best thing about Riyaz is that he never had any other exposure except TikTok. So, he is an inspiration for many TikTokers who are not present on other social media sites. Riyaz has a net worth of $105k.

Singers get massive popularity on TikTok. After all, singing is one of the best TikTok niches you can find anywhere. But, you have to be creative in your approaches. Have you heard about Bella Poarch? Well, if you follow the singers on TikTok, Bella Poarch is not an unknown name.

This navy woman had been into the United States Navy 2015-2020. Now, she’s a full-time singer on TikTok, with more than 43.6 million followers on the platform. She became famous after posting her most renowned video on August 17, 2020. In the video, she lip-synched to the song “M to the B” by Millie B, a British Rapper.

Bella came out of nowhere. She had never been into such a genre before. However, TikTok has brought this talent out, and now she’s more popular than ever. On YouTube, Bella has more than 4.23 million subscribers. Her single original “Build a B*tch” crossed over 23 million views on the platform.

Who doesn’t know Will Smith? Yes, he’s a traditional celebrity too. But, unlike most other traditional celebrities, it seems that Will cracked his journey to becoming an influencer as well. On TikTok, will smith has more than 43.1 million followers. And with that, Will Smith holds the 9th position on the list of most followed TikTok profiles in 2020.

Will Smith is one of the most talented American rappers. And most of his videos are related to rapping only. It has also drawn his popularity from his traditional field. Although a Hollywood actor, Will Smith managed his time well among the set and the phone.

This famous TikToker has a net worth of $350 million. It is more than any other tiktoker on this list. However, most of this comes from his traditional acting in Hollywood background.

So, in the 10th position, we have Zach King. This TikTok sensation is not a new one. Instead, he has been on the internet for quite a while. Zach is most known for his magic videos. Well, yes, as said earlier, magic has a special position on Tiktok.

Zach’s magic videos are digitally edited. He started his TikTok journey in 2016. Now, he has more than 42 million followers on the platform. Well, one of Zach’s videos broke the internet. And the chances are that you have seen that too. In that video, he was seen flying on a broom. The video crossed more than 2 billion views very quickly, breaking a lot of records to date.

How to Become Famous on TikTok?

So, now you know about the most followed TikTok profiles in 2020. While some of them got popularity overnight, others worked hard. Overnight popularity is a matter of luck. Of course, you can buy tiktok likes cheap. But, by following the proper methods, you can be popular on TikTok too. And what are those?

Before you start your TikTok journey, make sure you have a niche. So, what’s a TikTok niche? It is the topic on which you’ll make most of your videos. Having a niche is necessary to target your audience. For example, you can make dance, music, or even DIY videos with a specific audience base. It helps your audience to find you more easily.

Originality is valued a lot on TikTok. Your videos have to be original to get some good reach. Remember that having a niche isn’t always going to get your audience. You have a huge competition in that already. So, be creative in your approach and bring originality to your content. Thus, you can stand different from the rest and make your reputation high. You can also use a guide to hashtags on TikTok to make your content more visible. You can also buy tiktok views with paypal to kickstart your journey.

You have to be consistent in posting your content. If you make your audience wait for too long, they’ll forget about you. So, keep the excitement on and keep posting content to keep your audience engaged.

Growing your network is necessary if you want to get famous on the platform. All these tiktokers that we have mentioned have somewhat done some collaboration with some others in the media. It’s a good thing to merge both your audiences. That way, you can share your positions and get more views. You can also buy tiktok views with paypal.

So, that was our list of the top 10 most followed TikTok profiles in 2020.  Being famous overnight is a matter of luck. But most of these TikTokers worked hard to get where they are today. TikTok is a great platform for youngsters. It brings out many hidden talents from the farthest corner of the world. But you have to be real and passionate about it to get yourself shined. And, if you think all these a bit hard, you can also buy tiktok likes cheap.

A Guide To Hashtags On TikTok

If you have been on TikTok for quite a while, we... read more